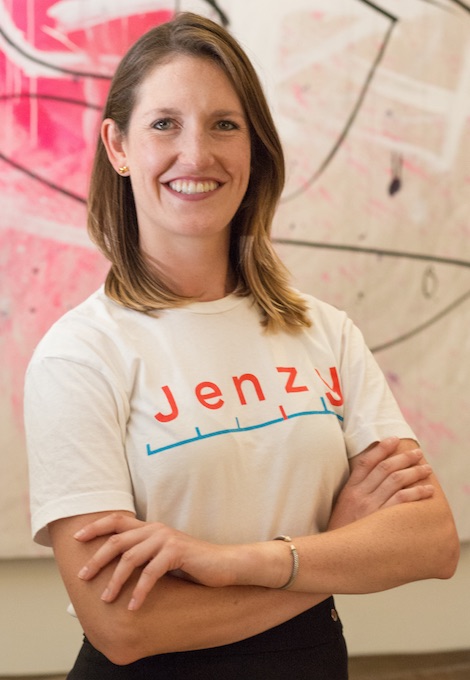 Eve Ackerley is the co-founder and COO of Jenzy, the trusted source for busy parents buying their kids shoes online. As COO, Ackerley works directly with the tech and data teams to ensure that users have a seamless shopping and sizing experience. Quickly after its launch in July 2018, Jenzy was named one of Total Retail’s Game Changers. Since then, the team has sized over 25,000 feet, added 30 leading kid shoe brands to its platform, and was named by Parents Magazine as a “Top Tech Tool for Parents.”

At UC Berkeley, Eve studied architecture and interned at multiple startups in the Bay Area, including Lucid and Koozoo. After graduation, Eve joined Teach For China where she taught English in rural Yunnan province for two years. It was in China that Eve met her future co-founder, Carolyn Horner, and had a shoe shopping experience so bad that it sparked the idea for what is today Jenzy.